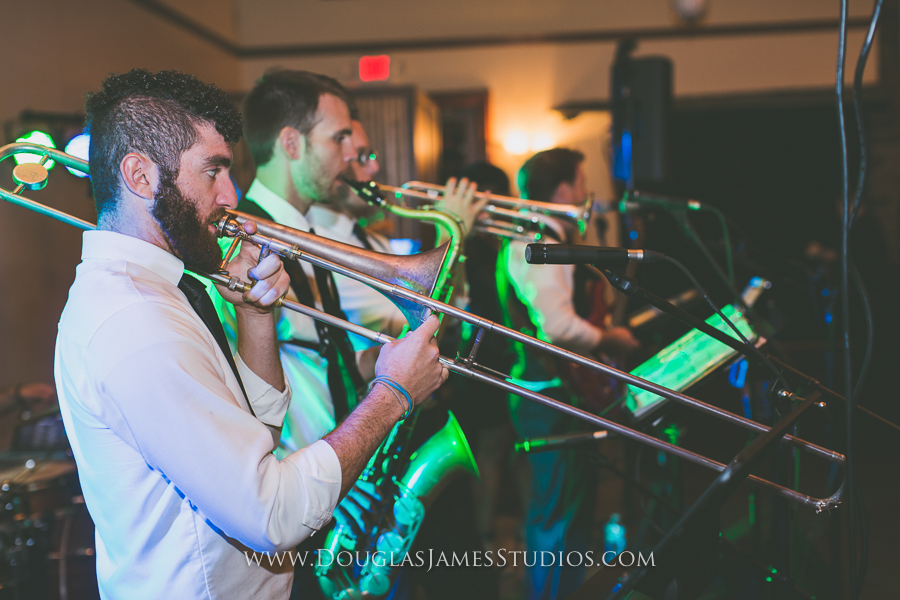 This is a question we get asked a lot. Couples today are all about doing things their way, so naturally the millennial wedding contains more DIY elements with less people following the traditional palette. We always want to offer advice when asked, however it’s not always so cut and dry when it comes to what most people do.

We decided to take some of the more traditional elements and share how today’s couple are going about them. These are simply our observations over the hundreds of weddings we’ve participated in.

Alive and well. With weddings being such a monumental occasion, couples welcome the idea of a grand entrance. The only times we notice couples bypassing bridal party introductions is when the wedding is very small (less than 50 guests) or if there isn’t a bridal party. Otherwise, queue up the T.I because it’s time to bring em out.

The traditional order goes: Flower Girls/Ring Bearers > Parents of the bride and groom > Bridal Party > Best Man/Maid of Honor > and finally, your newlyweds. Couples will sometimes chose not to include Flower Girls or Ring Bearers, but if your 4 year old niece is wearing an adorable dress and a bow in her hair, how could you not ? 🙂

We have seen couples chose to make introductions only about the bridal party (sorry mom and dad), which usually comes down to a personal decision. Some couples like a good mix of songs being played but this is only really effective with DJs. We don’t recommend having your live band cycle through 4 or 5 songs during the intros.

The most common scenario we see if a song for the bridal party and a song for the couple. This way the bridal party gets to come out, strut their stuff, and pave the way for your grand entrance to a song all for yourselves. If you booked a band, keep in mind there won’t be as much singing during the intros so be sure to decide on a song with a recognizable instrumental section.

Also alive and well. This is one of those traditions that we don’t ever see going away. Though some couples will opt to forgo a first dance, most cherish the opportunity to take center stage in front of their guests to a song that has a special meaning to their relationship. This almost always occurs just after the introductions.

Here are a list of some of the more popular songs couples chose to dance to. However, there are plenty of times couples prefer to go with something more specific to them. Couples will frequently request that we keep the song at about 2 minutes.

We would often recommend, once choosing a song, to put yourself in that moment to consider whether or not you want the whole song played or if there is a specific section you would like to cut it off… However you go about it, one thing that’s for sure is that plenty of people are still surprising their guests with choreographed dances.

Depending on catering logistics and personal preferences, parent dances usually occur during the first course or just after dinner. Sometimes couples chose to go with a song that has sentimental value. Other times they would rather just throw a dart at the board and go with whatever song it hits (metaphorically speaking).

Just remember fellas, this is a big day for mom too. think twice before shrugging this one off. Here is a larger list of songs couples often consider for the Mother/Son Dance and Father/Daughter dances. Sometimes we even see a dance with a grandparent. After all, they are the reason everyone is there celebrating.

Cutting the cake is another ceremonial moment some love to showcase while others prefer to keep it off to the side. I would say about 20% of the time, someone ends up wearing a little on their face. I’m not sure if that unscientific percentage has gone up or down, but if it’s going to lead to your first fight as a married couple, maybe establish expectations and possible consequences before the wedding 🙂

Couples often have a specific song they prefer to play at this time; Either something symbolic of their relationship or something that alludes to “cake” or “sweets”. Sometimes they will just cut the cake at a time they can easily rally up the people who need to be there for that moment (preferably the whole party, but often times they won’t wait for a frat brother to finish their cigar first).

The last song of the night ALWAYS falls into 1 of 2 categories: High energy or Slow. If your aim is to go out with a bang, get the guests singing along, and maybe set the tone for an after party, you’re probably going high energy. If you had an amazing night and want to end it on a soft, tender note, something on the lighter side is also a great touch to conclude the evening.

Most brides prefer to throw a bouquet. It is a little less common with brides who don’t have a ton of single friends. But if they do, “Single ladies” may very well be playing in the background. Otherwise, it could be a song that’s special to a particular group of friends. Other times, it might just be whatever song is next on the playlist.

The garter toss, on the other hand, is rarely done anymore. We’ll leave it at that 🙂 But for those who like to follow tradition, and trust the intentions of the one catching it, you may chose to keep it as part of the program.

We see a good mixture of people who prefer to stick to the classic wedding songs and others who want a less traditional playlist. Even with the less traditional ones, they are usually ok with a few staples. Keep in mind your guest list.

If it’s mostly family and your classical style has you set on a night of motown classics, you may want to skew the song list towards that genre.

If its mostly college friends you used to go clubbing with, maybe a good amount of contemporary dance tunes… At any rate, your guest list probably includes some sort of range.

It’s a party and you want everyone to have a good time so consider the preferences of the people you invited and what you think they would most like to hear. Your entertainer should be happy to switch it up if needed but it’s usually best to provide some direction in advance. Bands have to rehearse and DJs have to organize a song library, so whatever songs and styles you go with, make sure they have ample time to prepare.

We are a service-oriented business, so we want to please EVERYONE. We have every line dance in our catalog and are happy to play them when requested. I’ll say this though… We send a checklist out 2 months before each wedding with a section for couples to tell us about their music expectations.

A majority of the time, line dances are on the do not play list these days. I’m just sharing the findings. If you and your friends love a good Cupid Shuffle, we’re gonna give you best Cupid Shuffle you’ve ever heard.

This is largely about preference. Some couples like a very engaging MC, someone who will go out and dance on the dance floor, sing along to the songs into the microphone, and really get your party riled up. Others prefer the MC to stick to the main announcements, interject some personality into the evening, but to ultimately let the music do the talking.

Either way, we recommend having that conversation before the wedding so everyone has the same expectations. 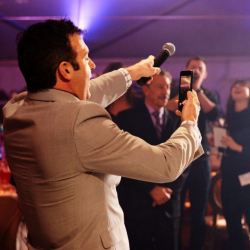